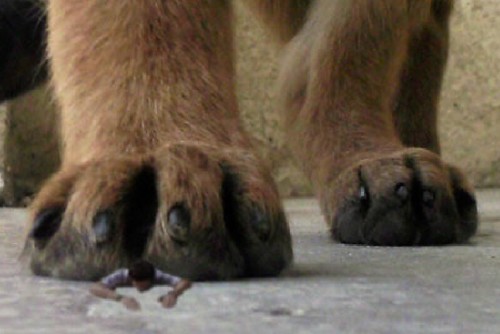 Or in his mouth? 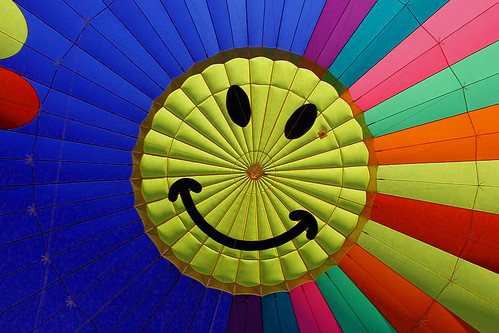 I have done 9 blogs in all since March but including this one i have done 10. Two of these blogs were for school work and they were both poems. The first one was about my clumsiness and the second one was a letter poem to self. The other eight were set by the challenge. I have gotten only 4 comments. All of these were comments from classmates. Can you throw it in the basket? got the most comments with a whopping 2 comments. It was  probably because most people have not heard of disc golf before. I enjoyed posting Can you throw it in the basket? the most because I love disc golf and it is one of my favorite things to do besides fishing and camping of course. I did not change my theme because I liked it the way it was. I have no widgets and I think it would be better if I had more. I don’t have any oversees bloggers on my blogroll.

Life is the challenge

That brings you into the grave of sorrow

And slowly drags you out each day to find your happiness

Whether or not you find it today

There is always tomorrow

Whether its under the sea with the murderous mermaids

Or in a hole hiding from your foxes

You will find your place

All you need to do is wait

To find where you belong 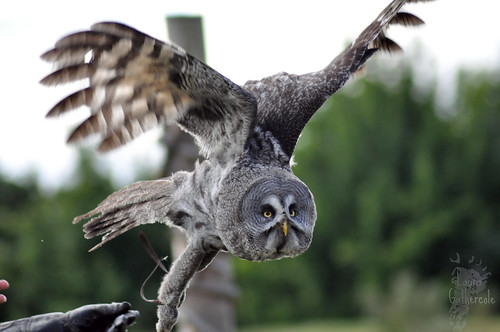 The Great Grey owl is a wait and listen type of bird. Around the face of the owl it has a lot more feathers which help it hear sounds and vibrations. So if this owl comes i would hide but it would probably find me anyways because of its great hearing. These birds eat mammals of small size. They especially like to eat voles but can also eat squirrels, rabbits, gophers, chipmunks and weasels. But if given the chance they will also eat bigger animals such as other birds and ducks.

Great Grey owls were put on the endangered species list in California in 1980. Young Great Greg owls are killed by bears, fishers and hawks. It is different for adult owls because they are much bigger. But they are still snatched and eaten by bobo owls, golden eagles and lynxes. Those poor owls do not make their own nests they live in hollows of trees and as trees are cut down in California it is destroying many homes and many future homes for the Great Grey’s. Male owls are known to go very near humans and have an interest in them and because of that many of them have been hit and killed by cars as the owls try to come close. Starvation has also been a big part of the endangerment of these owls. They live in snowy forests which makes it harder for them to find food. Other grass eating animals have made them endangered also because over time those animals have scared of some of the animals such as voles out of their homes.

Wow watch for signs and watch the road for animals so you don’t hit them. An airplane ticket to Australia costs over $1,600 dollars. And you would also need a passport which for someone like me who is only 13 would cost $80. I have alway wanted to go to Australia it just seems like an awesome place with its dingoes, tasmanian devils, platypuses, kangaroos, echidna, koalas and many more types of animals.It can sometimes get up to 122 degrees and sometimes it can be well below zero. So I would want to go in the Spring because it probably wouldn’t be that hot or super cold.

Food is a big thing to me. I may as well eat some burger rings and buy a chiko roll and just Munch down on things Australlians have made. Try new things and see new things. Go on a tour of some sort of animal sanctuary or go in the wild and see some animals in their enviroments. Travel around and learn what it is like to live in Australia and just have fun!!

I tend to run into things

Doesn’t matter if I pay attention

I know i’m gonna at least once today 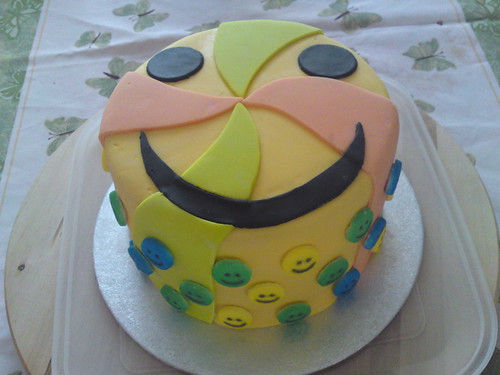 The first blog I visited is from my class and her name is Gloria. Her story was about a family who went camping deep in the forest. There was another family there and some of their family started disappearing and they stayed there. Her post was week 4 which was when we could write a story and someone else could finish it. So I would want it to be a joke that everyone was playing on the older girl who wanted to go deep into the forest. Her blog URL is http://gloria1am.edublogs.org

Wow this next blog I visited is from a guy named Andrew who lives in Australia. He was talking about the Australian habitats and what kinds of animals live there. I hope to go to Australia someday and see some of these animals he talked about. His blog URL is http://eslandrew.edublogs.org

This next kid has hilarious posts! I read a post about how this one guy said his ultimate adventure was when an alien took him on a tour to space and the other guy is like when the ice cream truck was around the corner. You should totally visit his blog. His URL is http://joshw26kns.edublogs.org 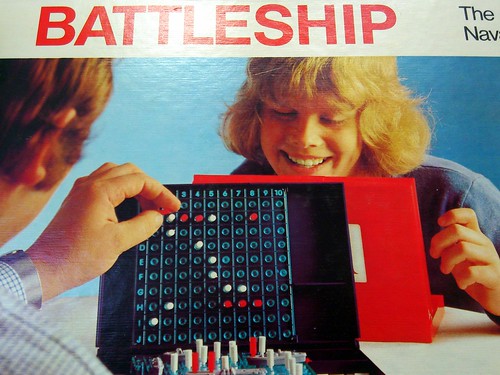 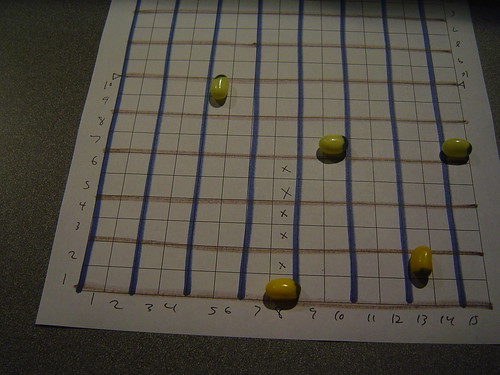 I am not talking about real ships! Battleship is a game of guess and check pretty much. It was originally made as a pad and pencil game in the 1930’s and then was made in 1967 the way we see it today with its plastic body and little plastic things to put in it. You can even play it on a computer but what’s the fun in that when you can play it in real life with your family and friends!

The plastic version of battleship was published by the Milton Bradley Company in East Longmeadow, Massachusetts. Milton Bradley Company has also made over 200 board games like yahtzee and hungry hungry hippo’s. The company has also made over 15 handheld games including bop-it. Many more types of games were eventually made by that company including two gaming systems.

Why was battleship invented? Well you know that we did have wars at sea (well at least you should know) so how did the two sides find the other ships without letting the other side figure out exactly where they were in the sea? They would sometimes send out ships to search and other times they might have just guessed that this is the place they would most likely be. So that is where they got the idea of the game.

I myself believe that battleship is a great game, so you should check out the links at the top of the page. If you have never played before or even if you have you could enjoy it. 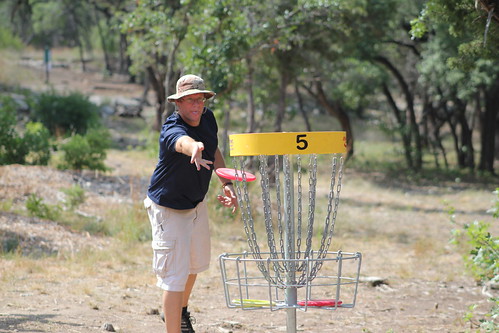 Concentrate on the distance, the wind, the landscape, even the way you stand helps you sail the disc straight into the basket. You compete with others for fun or for sport. Each time I grab a disc a rush of adrenaline rushes through me as I gracefully twist and with a flick of my wrist and the proper power I throw the disc towards the basket sometimes making it in but not all the time but enough times to be sponsored by Subway to play disc golf in Washington.

Disc Golf is a great game to play with the family on weekends or to play solo. This sport is so much fun and I can get very competitive at times so I love playing against other people to win prizes and trips. You can have three different types of disks, a putter for close distances, midranges which are a bit slower so they usually can’t go farther than a driver which is very lightweight and is easy to throw long distances if proper technique is used.

I have about twelve different discs in my collection right now that I just throw at random things like trees and at trash cans practicing my aim for future competitions. But you can’t just grab a random frisbee because those are not even what you use for the game. I can’t wait to go to a course again it is the best. How many baskets are usually in a pro game?

My father, my mother, my home, my life. Where did it all go? It was just here. Maybe it’s a dream, but I have been here wherever I am for 10 years all by myself never getting hungry or thirsty or even having the urge to change clothes and it feels real and I can never escape the loneliness.

Each day I search for my father and mother but I can never find them. But the thing is I don’t even remember what they look like but I can hear their voices sometimes when I am sleeping. I don’t remember what food tastes like or if it even has a taste. Each day I find that i have been going in circles all day ending up at the same place each night. Can I ever leave this horrible place or will I stay here forever walking in circles and crying myself to sleep.

Today when I woke up there was a piece of cloth that wasn’t mine on a branch on the tree above me. I was surprised because I never knew it was even possible that that thing was real in this world or that I could imagine such a thing i just knew it was just that my imagination but it looked at me with those loving eyes like it always did before I left.

Is she in a coma, a dream, in another world? Who was it she was seeing in that tree? Will she wake up and find that only a night has passed? You decide. Holly is yours to do with whatever you want now.